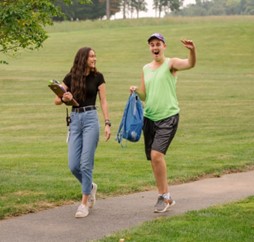 Mark your calendars! Vista’s 15th annual Walk for Education will be held on Friday, October 21st (rain date October 26). This year’s theme, Made to Fly, celebrates the soaring successes Vista students can achieve in their educational and behavioral development with your support.

Leading up to the event, Vista students, families, staff, and friends are invited to create fundraising pages in support of our students and classroom teams at The Vista School® and Consortium Vista Education (CoVE) program. This culminates in a day of celebration on October 21st when students and staff participate in a walk around campus and enjoy more fun activities throughout the day!

Join a team or donate!

If you would like to support this event as a sponsor, you can learn more about sponsorship levels here.

Your valued support of the Walk for Education will help Vista continue to advance and innovate, improve lives, and inspire hope for individuals with autism and their families.